The King and the Vampire - 3: The Flaw of Optimizing-On-Average

This is the third episode of the 'King Vikram and the Vetaal' series. 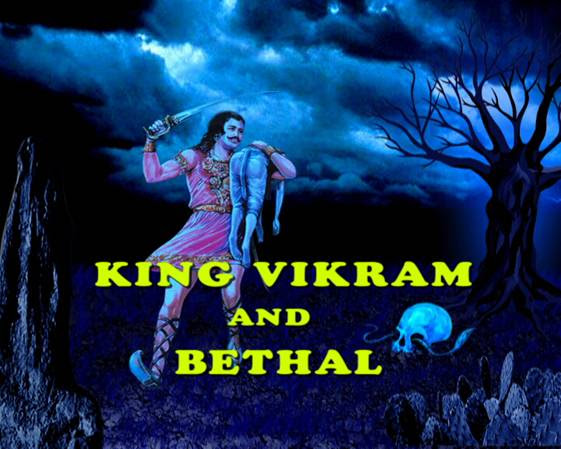 Dark was the night and weird the atmosphere. It rained from time to time. Eerie laughter of ghosts rose above the moaning of jackals. Flashes of lightning revealed fearful faces. But King Vikram did not swerve. He climbed the ancient tree once again and brought the corpse down. With the corpse lying astride on his shoulder, he began crossing the desolate cremation ground. "O wise King, it seems to me that your ministers are sometimes too quick in taking policy decisions based on an average scenario, ignoring the distribution. But it is better for you to know that such decisions invariably results in complaints. Let me cite an instance. Pay your attention to my narration. That might bring you some relief as you trudge along," said the Betaal, which possessed the corpse.

The retailing vampire went on:
Once there lived a retailer who always optimized his scarce resource constrained planning problems based on an average planning week. It was a quick and easy heuristic, and he claimed that it worked just fine. One day, an OR practitioner challenged this assumption, quoting points from the well-known 'flaw of averages' book, and said that with a bit more effort, and without increasing the problem size much, one can generate true optimal merchandising decisions by including all scenarios, using CPLEX. This would also be relatively more robust in reality compared to optimizing to the average. The retailer replied that while this issue was of theoretical importance, it did not matter much in practice, unless he saw some hard evidence. The practitioner decided to make an empirical point and proceeded to evaluate a number of historical instances by evaluating the recommendations generated by these two approaches over all the scenarios. In 75% of the instances, the practitioner's method yielded relatively better metrics, while in 25% of the cases, the retailer's average method did better. The retailer took one look at the results and said that the experimental setup was erroneous, inconclusive, and remained unconvinced.


So tell me King Vikram, Why did the retailer conclude the test setup was faulty? Was he correct in this assessment? Which method is better in the retailer's context? Answer me if you can. Should you keep mum though you may know the answers, your head would roll off your shoulders!"

King Vikram was silent, then closed his eyes, as if going into a Yogic trance in a moment of intense meditation. He reopened his eyes soon enough along with a smile, and then spoke: "Vetaal, unlike the last time, this one is pretty easy, so let's take the first question first.

1. The retailer felt the experimental setup was flawed because, if the practitioner's method truly yielded optimal solutions as claimed, then it should have done just as well or better in 100% of the instances.

2. However, the retailer was wrong because his old method optimized against constraints based on an average scenario. There is no guarantee that his decisions will be feasible to the original problem, over all scenarios. Therefore, in the instances where the old method did better, the recommendations had to be infeasible, since we cannot, of course, find a feasible solution better than an optimal one.

3. So we now know that the old method generated infeasible solutions at least 25% of the time. If we ignore these cases where we know it was surely infeasible, and look at the remaining 75% of the cases where it may have been feasible, it did worse 100% of the time due to a combination of suboptimality and overly-constrained instances.

In every case, the old method was either infeasible or suboptimal. The average-based heuristic must be discarded.

No sooner had King Vikram concluded his answer than the vampire, along with the corpse, gave him the slip.