You rub your weary eyes and get off that Airbus 380 to signal the end of your long 16-hour flight and wearily make your way to the baggage claim. You patiently wait along with your family to pick up your 4-6 pieces of check-in luggage before proceeding through the customs and immigration checks. It's a tiresome and time consuming process. Is there a way you can make things better for yourself? Perhaps...

Decision Problem
What is the most strategic location along the snake-like baggage claim conveyor belt to position oneself?
First, here's a sample picture of the baggage claim area (in the new Bangalore International Airport in India. source: inmagine.com)

Data
The one in the picture above looks like a standard belt with a single 'U' bend. To support passengers disembarking from an A-380, perhaps a longer belt having more than one 'U' may be required. Let us label each element of data we come across. Most of the data that we sift through below may not be needed, but it may be handy for other related analysis in the future.

As a first approximation, we simplify the topography by stretching out the belt in a straight line along one dimension. We thus have a simple chain-link graph having a single origin ('o') and destination node ('d'), and total o-d path length 'L'. Furthermore, 'd' is reconnected back to 'o' to create a cyclical network (and a circulation system, and a queuing system, and a multicommodity flow network). Let the average length of each bag be 'w'. We assume that the bags move at a constant velocity 'v', even though the value of 'v' itself may drop if the belt is heavily loaded (e.g. v = 0, if somebody checked in an elephant). Let the total supply (inventory) of bags that is to be circulated through the conveyor belt be 'N'. For simplicity, we assume that each passenger has checked in one bag and line up along the belt to pick up their bag if they manage to ID it in a timely manner. Flow through this simple network stops after a certain number of cycles have been completed (we could ignore this rule for simplicity), or after the inventory is depleted to zero, whichever occurs first. We assume that the supply at 'o' is replenished periodically as the baggage trucks roll in, every 'k' cycles, until all inventory has been offloaded.

Analysis
The number of bags displayable on the belt at any time is bounded by n = L/w, where typically n << N. The density (defined as bags per unit length) is a non-increasing function of the distance from 'o' at all times, since bags can only be removed from the belt between 'o' and 'd'. In other words, the 'n' bags are not distributed uniformly, and the density is maximum near 'o', and at a minimum near 'd'. A person nearest 'o' will have to scan a lot more bags on the average before a successful match - and due to the recycling of unmatched supply, he may end up scanning some bags more than once. (Perhaps the expected number of scans can be calculated using the above data, but I suspect simulation may be an easier alternative.) On the other hand, the person waiting nearest 'd' has the least amount of work to do, since every successful match upstream means one less failed scan for her. In the extreme case, if every other passenger correctly identified their own bag the first time they see it, the person at 'd' would have to do zero work. The first bag that would show up in front of her would be hers and she can simply pick it up.

Recommendation
If the objective is to least strain your already tired eyes, perhaps it's best that you wait near 'd'.

However, we often see people get off a plane and head right for 'o'. From a safety perspective, the bags belonging to people waiting near 'o' are likely to traverse the belt the least, minimizing the chances of a bag being mistakenly matched or stolen. From a security perspective, waiting near 'o' makes sense. It seems some airports now check luggage tags before allowing a passenger to exit the baggage claim area, so this safety objective may not be useful for long. There are other obvious considerations such as picking a spot that is least crowded.  If we assume that the probability 'p' that a passenger identifies their own bag in a timely manner is inversely related to the passenger density in their neighborhood and bag density, a primary consideration may be to just find a sparsely populated spot. Among such sparse spots, the one closer to 'd' may be a better option. On the other hand, the expected benefit from such a policy diminishes if too many passengers choose to be close to 'd', resulting in congestion. Finally, the state of the system changes over time. As the inventory depletes and passengers randomly exit the system, it may be worth relocating if you have the energy to do it.

All this stuff is useful provided your airline has not misplaced your bags in the first place.
at September 27, 2012 7 comments:

FDI in Indian Retail: Good or Bad for India? In 100 Words or Less

Is building a hospital in an Indian town good? sure
If congress workers construct it? no.


Whether 'FDI* in retail' is bad or good strategy for India is moot. If its execution is mangled, it will end up being a horrific loss. A 60+ year trail of evidence supports this indictment of the Congress party.

"Amateurs Talk about Strategy, Dilettantes Talk about Tactics, and Professionals Talk about Logistics". The original quote is usually attributed to General Omar. Bradley, the "People's General".

(FDI = Foreign Direct Investment. 'FDI in Retail' may well be the proverbial straw the breaks the ruling Congress party's back.)
at September 20, 2012 12 comments: 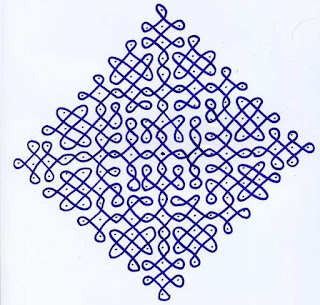