The King and the Vampire

Read this Wikipedia entry if possible to enjoy the format of this 'fun' post a bit more. 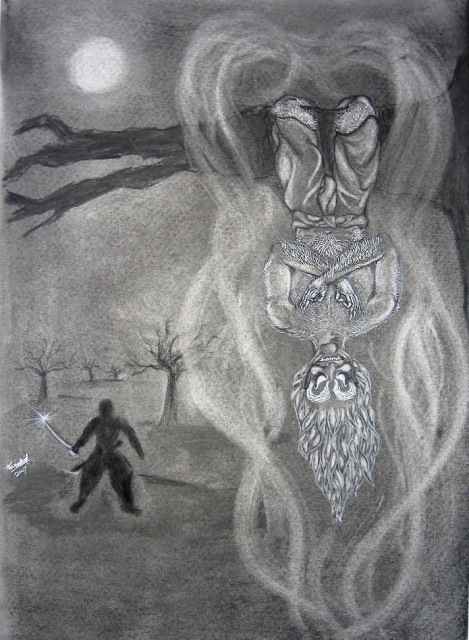 Every Indian child has grown up listening to the stories of King Vikram and the Vetaal (some kind of vampire spirit who  often clambers up a drumstick tree). It used to be particularly exciting to read these tales in the children's magazine Chandamama, where the first paragraph went something like this:

Dark was the night and weird the atmosphere. It rained from time to time. Eerie laughter of ghosts rose above the moaning of jackals. Flashes of lightning revealed fearful faces. But King Vikram did not swerve. He climbed the ancient tree once again and brought the corpse down. With the corpse lying astride on his shoulder, he began crossing the desolate cremation ground. "O King, it seems that you are firm about the decision you've taken. But it is better for you to know that there are situations where an O.R decision optimization project invariably results in complaints, which apparently requires another O.R project to fix! Let me cite an instance. Pay your attention to my narration. That might bring you some relief as you trudge along," said the vampire possessing the corpse.

The OR vampire went on:
Years ago in a bankruptcy protected U.S airline in a windy city, a well-paid MBA consultant for the Onboard Services department (OS) approached our OR team to pitch a new R&D project to manage an inventory problem on a network. Apparently, OS was hit by a surge of complaints in recent times that contractually purchased hotel room inventory in several U.S cities served by the airline were left puzzlingly and 'dangerously underutilized' in the last few months, way off their usual levels. Could we help match supply and demand using our OR bag of tricks by moving things around in some optimal manner?

No, ..These complaints were not coming from Flight-Attendants (FAs), but from management folks in OS. If anything, the FAs were happier and chatty about the quality time they were spending with family and kids. FA's don't make the kind of money that pilots do but since there's roughly about 2-3 FAs for every pilot, he wondered if our team's OR-based crew scheduling system was giving away expensive 'happy hours' at company expense? .. yes, this problem started 3 months ago, How did we know? ....

It wasn't a guess. We deployed a shiny new optimization system for planning monthly crew schedules for OS just 4 months ago. Things were not looking good. Where did we screw up? We investigated the reasons for this and within a couple of days found the answer that had the entire team laughing and celebrating. We gave the consultant a brief answer that he was satisfied with. The 'network imbalance' project was shelved.

So tell me King Vikram, what do u think happened and why did my team laugh and celebrate? Answer me if you can. Should you keep mum though you may know the answers, your head would roll off your shoulders!"

Forthwith King Vikram replied: "Vetaal, this is one of your easier ones. The answer is in three parts.

1. A significant portion of the senior FA population were married women who were happy because they got to spend more weeknights at home. Their work-hours per week is upper-bounded by federal regulations and remains fairly constant if optimized well enough, which must mean that these FAs were spending a lesser proportion of time away from home than ever before while still making the same kind of money.

2. Since FAs don't get paid as much as pilots, a relatively expensive portion of their schedules is likely to be the hotel room and transportation costs associated with their overnight layovers. I suspect that the new algorithms in the scheduling system managed to uncover improved schedule patterns among those trillion trillion possibilities by identifying near-optimal daytime airport connections that yield a denser work-day in tandem with a shorter TSP sub-tour traveling pattern that brings them back home more frequently. Doing so must have also maintained or slightly improved the weekly productivity levels (otherwise management would not have bought into this model in the first place).

3. This result is a win-win for all stakeholders once the longer-term agreements with hotel chains are favorably renegotiated to sync with this newly realized reality. This is precisely what you must have told the consultant. Since all this was accomplished without additional capital investment using OR, 'The Science of Better', your team probably felt that their algorithm's practical effectiveness was validated by this 'complaint'.

No sooner had King Vikram concluded his answer than the vampire, along with the corpse, gave him the slip.